Before we dwell into the psychological meaning of tattoos of those who wear them and what
they wish to portrait willingly or unconsciously.

Reasons for getting tattoo

Tattoos have been around for thousands of years and has had different meanings for different
cultures throughout time.

Direct evidence for tattooing on mummified human skin extends only to the 4th
millennium BC. The oldest discovery of tattooed human skin to date is found on
the body of Ötzi the Iceman, dating to between 3370 and 3100 BC.

In Persia, tattooing, body painting, and body piercing have been around for thousands of
years.They are depicted in stone reliefs of soldiers, kings, and supernatural
powers remaining from the First Persian Empire (550–330 BCE).

The most famous depiction of tattooing in Persian literature goes back 800 years to a
tale by Rumi about a man who is proud to want a lion tattoo but changes his
mind once he experiences the pain of the needle.

In the hamam (the baths), there were dallaks whose job was to help people wash
themselves. This was a notable occupation because apart from helping the
customers with washing, they were massage-therapists, dentists, barbers, and
tattoo artists. 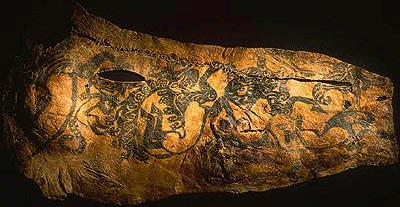 It was thought that many of the Anglo-Saxon kings of England were tattooed, but much
of this was conjecture. Reliable reports of tattooing date from the period of
increased contact with non-European cultures[citation needed]

Sir Martin Frobisher (1535–1595) on May 31, 1577 set out on his second voyage from
Harwich, England with 3 ships and about 120 men to find a north west passage to
China and the promise of gold ore. Frobisher took prisoner a native Inuit man
and a woman with a child; upon his return to England the woman having tattoos
on her chin and forehead was a great attraction at the court of Elizabeth I.
All three died within a month.[citation needed]

British and other pilgrims to the Holy Lands throughout the 17th century were tattooed to
commemorate their voyages, including William Lithgow in 1612

Native Americans also used tattoos to represent their tribe. Typical tattoos worn by
men and women included eagles, mythical creature, feathers, and other animals
such as rattle snakes and bears. 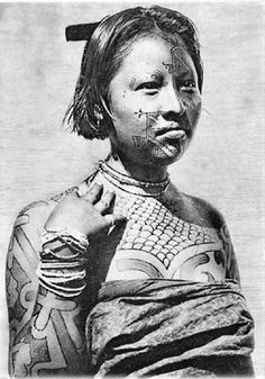 In 1920, archaeologists in Peru unearthed tattooed mummies dating from the 11th Century AD. Not much is known about the significance of tattooing within the culture of pre-Incan peoples like the Chimú who tattooed, but the elaborate nature of the designs suggests that tattooing underwent a long period of development during the pre-Inca period.

It is believed that pre-Incan civilizations, like the Chimú, utilized several different methods of application. According to current studies, pigments were applied to the skin through the use of an assortment of needle-like tools. These tools were crafted from such objects as fishbone, parrot quill, and spiny conch. That’s quite a far cry from the tattoo applicators we have today! So, how do we know this, since little has been documented about the practice? Apparently, these objects were often included in the burial of the mummy – which implies that tattooing was held with high regards in the early years of South American cultures.

The current belief is that tattoos were applied with a method being called ‘skin stitching’, and that women may have been the primary body ink artists.

The first documented professional tattoo artist in the USA was Martin Hildebrandt, a
German immigrant who arrived in Boston, Massachusetts in 1846[citation needed].
Between 1861 and 1865, he tattooed soldiers on both sides in the American Civil
War. The first documented professional tattooist (with a permanent studio,
working on members of the paying public) in Britain was Sutherland Macdonald in
the early 1880s. Tattooing was an expensive and painful process, and by the
late 1880s had become a mark of wealth for the crowned heads of Europe

Tattoos on slaves and criminals

Tattooing was only associated with barbarians in early Greek and Roman times. The Greeks
learned tattooing from the Persians, and used it to mark slaves and criminals
so they could be identified if they tried to escape. The Romans in turn adopted
the practice from the Greeks, and in late antiquity when the Roman army
consisted largely of mercenaries; they also were tattooed so that deserters
could be identified.

Many Greek and Roman authors mentioned tattooing as punishment. Plato thought that
individuals guilty of sacrilege should be tattooed and banished from the
Republic.

The Greeks then adopted the practice of tattooing the faces of their own slaves, making it
almost impossible for them to run away. Plato also noted in his writing of
Greek laws that tattoos were placed on those that broke into temples and stole
the treasure that they found there, making tattoos a part of the criminal and
slave classes. In fact, the Greeks used the same word for stigma and tattoo. 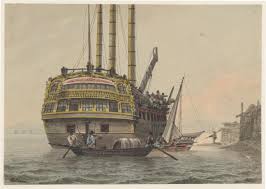 Prisoners who were transported from Britain to Australian penal colonies between 1787 and 1867 were sometimes tattooed with marks intended to signify disgrace, for example D for deserter. Prisoners often modified these tattoos to conceal the original design or to express wry or rebellious messages.

In France, five dots tattoo resembling the dots on a die, placed on the hand between index
finger and thumb are found on prison inmates. This tattoo represents the individual
between the four walls of the prison cell (un homme entre quatre murs—a man
between four walls); this also has the same meaning in Russia.

Since tattooing in prison is illegal in the United States, the inmates do not have
the proper equipment necessary for the practice. This forces inmates to find
ways to create their own tattooing devices out of their belongings. Improvised
tattooing equipment has been assembled from materials such as mechanical
pencils, magnets, radio transistors, staples, paper clips or guitar strings. 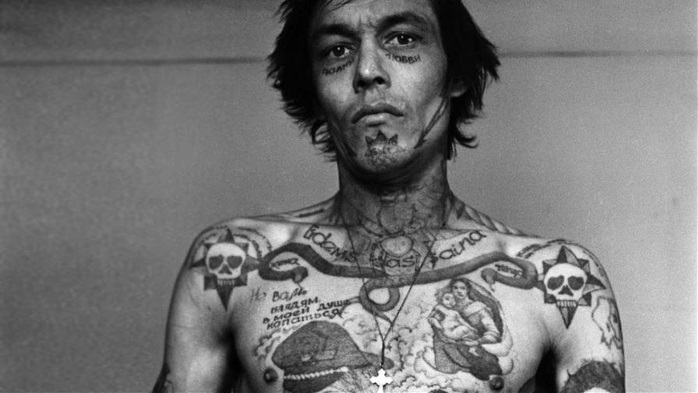 N. Banerjee wrote in 1992 for the Wall Street Journal about tattoos in Russian prisons:

“…the pain does deter even the most macho convict from covering his body, all at once, with meaningful pictures.
Tattoos are created by instilling pigment in the skin with thousands of needle pricks. In the camps, the process can take anywhere from a few hours to a few years, depending on the artist and his ambition, says Mr. Bronnikov. Because of prison conditions, tattoo artists have to improvise with materials and equipment. For instance, they will draw a picture on a wooden plank, place needles along the lines of the design, cover the needles with ink and stamp the whole tableau on the prisoner’s body. Another method is to slice the image onto the skin with a razor and daub the cut with indelible ink.

Usually, prisoners manage to get an electric shaver and a syringe with a needle, which they jury-rig into a tattooing machine. Ink is hard to come by, so to make dye, artists will often burn the heel of a shoe, and mix the ash with the prisoner’s own urine — a practice convicts believe reduces the chance of infection.”

Russian criminal tattoos have a complex system of symbols which can give quite detailed
information about the wearer. Not only do the symbols carry meaning but the
area of the body on which they are placed may be meaningful too. The initiation
tattoo of a new gang member is usually placed on the chest and may incorporate
a rose. A rose on the chest is also used within the Russian Mafia. Wearing
false or unearned tattoos is punishable in the criminal underworld, usually by
removal of the tattoo, followed by beatings and sometimes rape, or even murder.
Tattoos can be removed (voluntarily, in the case of loss of rank, new
affiliation, “life style” change, etc.) by bandaging magnesium powder
onto the surface of the skin, which dissolves the skin bearing the marks with
painful caustic burns. This powder is gained by filing “light alloy”
e.g. lawnmower casing, and is a jailhouse commodity.

Many yakuza have full-body tattoos, known as irezumi in Japan. Though these tattoos were
once common among working class Japanese, the practice was banned following the
Meiji restoration. During the US occupation after WWII, this law was repealed,
but tattoos are now considered part and parcel of being a yakuza and nothing
else, leading tattoos to becoming a big taboo in Japan.

What the different locations mean today?