Yepp, im sure you have heard alot of crap about this place, did it really exist? was it just ahead a few hundred years

from the rest of the world? Why the hell should we care you say? I suggest you take a short read my friend!

Plato. Plato’s description of Atlantis is found in his two
dialogues, Timaeus and Critias. Plato (427-327 B.C.) was a student of
Socrates. The speakers in his dialogues are considered to have been real
people. It is not known exactly when he wrote these two dialogues, but
most scholars believe it was after he visited Syracuse in 360 B.C. Plato
attributes the details of the story to a relative, Solon (615-535
B.C.). Solon was given the account from Egyptian priests during a visit
to the city of Sais. Critias ends abruptly as an unfinished work. No one
knows why Plato did not finish the story, but various scholars have
speculated wildly.

Despite the impression that modern
archaeologists seem to impress upon the public about Atlantis, many
other ancient writers also mentioned or wrote about Atlantis. Plato’s
student, Aristotle, believed that ancient Troy and Atlantis were somehow
connected. One of Aristotle’s students, Theophrastus (circa 330 B.C.),
wrote that the Atlantis story was factual, as did the Syrian philosopher
Poseidonios (circa 90 B.C.). Strabo, a Greek historian writing in about
20 B.C., wrote a lengthy comparison between Troy and Atlantis’
geographical descriptions.

Plato describes a series of worldwide
floods culminating in the deluge of the Deucalion. The “Age of the
Deucalion” is dated by Greek historians to the end of the last Ice Age,
in about 10,000 B.C. Plato stated that Atlantis suddenly sank after a
violent series of eruptions and a flood “9000 years” before the present.
Thus, scholars have assumed that the date was about 9600 B.C. However,
the assumption is that, when Solon told the story, he was giving a date
for the destruction of Atlantis in “corrected” years. More specifically,
this may have been the timeframe the Egyptian priests utilized in
telling the story. Thus, it is possible that the actual date is somewhat
earlier than 9600 B.C

Edgar Cayce. Between 1923 and 1944, a
total of 700 of Cayce’s readings mentioned Atlantis. Thus, of Cayce’s
14,256 documented readings, 4.9 percent contained some Atlantis
material. When only Cayce’s “life readings” are considered, 28 percent
relate to Atlantis. Cayce’s story of Atlantis can be found in the books
by Edgar Evans Cayce, John Van Auken, and others. A comparison between
Cayce and Plato’s Atlantis can be found in the book Mound Builders. All
of these are available through the A.R.E. Bookstore.

Cayce’s story actually
extends the Plato account relating details from individual’s lives as
well as giving an overview of the entire history of Atlantis. Both Plato
and Cayce tell of an advanced civilization existing in ancient
Atlantis, but Cayce’s description of the civilization is far more
technologically advanced. Between the timeframe of 50,000 B.C. to 28,000
B.C., Cayce describes a civilization that had developed power sources,
hot-air balloons (made from skins), flying “ships,” advanced forms of
communication and electronic transmission, and a mysterious laser-like
“firestone” that could be tuned to various levels to produce power.
After the 28,000 B.C. destruction of Atlantis, Cayce’s descriptions of
Atlantis are far less technological and in line with the descriptions
Plato gave about the civilization in 9,600 B.C.: spears, bows and
arrows, gardens, and sailing ships.

The center city of Atlantis was situated atop a flat hill or
mountaintop. On this central hill, temples and gardens were built. The
diameter of this area was one-half mile. Three rings of water with two
rings of land surrounded the city center. The water rings were connected
with canals and a 5-mile canal connected to the ocean. On the land
rings were houses, various civic buildings, gardens, and other
structures. The diameter of the entire city was only 2-miles.
Surrounding the center city was a huge plain and a large mountainous
area. Much of this land was of a rural nature with grazing animals,

The meaning of life 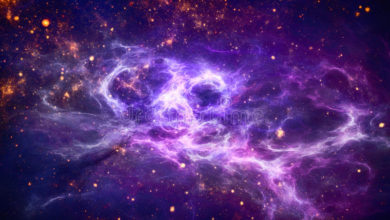