… Until you know your spiritual nature as connected
with that divine Creative Force, what a mystery this life is! Today you
are here and tomorrow you are gone. When you pass over to the life after
death, this whole world will become as a dream to you. You don’t grieve
when you have to change a worn-out coat you have been wearing. How
foolish it is to think that this body—the “overcoat” worn by your soul—
will be permanent. It seems real now, but it will disappear.

Then where will your soul go? To the astral world—the
“heavenly” realm of light and indestructible life, the realm of
vibratory life energy hidden behind the veil of the gross material
universe.

Light is the real essence of everything.
This earth is not “earth” as you see it; it is light. 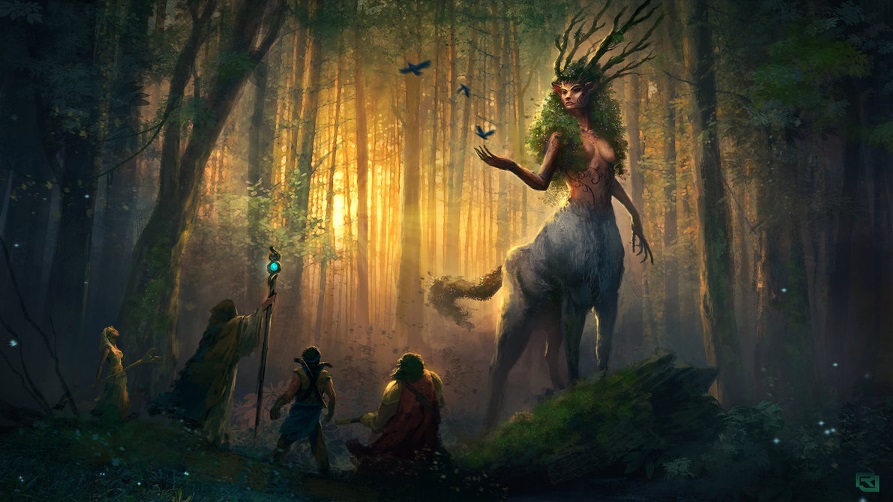 From the astral world we come at birth, and there we shall
return at death. Someone asked me why we should try to connect with the
astral world now. To this I reply, “Because that is where you
will realize the freedom of your true nature. You were there as a soul
cloaked in an astral form to start with; and because you are not there
now and have lost that memory is why all your misery persists.”
By entering that other world, we learn the causes and healing of all
suffering and diseases. We discover the secret of our existence—what
happens after death, and where we were before birth, and how to live in
the material world without losing our divine connection.

This world has a lot of limitations and the astral world has
none. When a soul leaves the expansiveness of the astral world to be
born on earth, that human baby finds himself restricted and confined in
the mother’s womb and wants to get out of it but can’t. For nine months
he has to wait. Then he is subjected to the helplessness of infancy. As
he grows into adolescence he must fight his way through passions and
emotions, which if he doesn’t control will get him into all kinds of
misery. Then he marries, struggles to support a family, and perhaps is
happy for a little while—but as he gets older everything starts to go
wrong with his body-machine and eventually he dies. Every day this drama
of mortal limitations, whatever be its minor variations, is playing
itself out in your life; and still you cling to this world as most
desirable. It is not.

If you could perceive the astral world, you would know that it
is infinitely more real than the earth-plane, which is just inert
matter without the enlivening powers of the up-holding astral world.
Material existence is only a shadow of that higher, finer dimension of
reality. This world is the result of the astral world. The blueprints of
everything in the physical universe have been astrally conceived—all
the forms and forces in nature, including the complex human body, have
been first produced in that realm where God’s causal ideations are made
visible in forms of heavenly light and vibratory energy. Then they are
materialized in physical form out of the ether. But the astral body of
man and the astral counterparts of everything in nature are vastly more
beautiful, more vibrant, more expressive of the harmony and perfection
of the Divine Creator than what we perceive when our consciousness is
limited to matter.

The astral world is not the ultimate liberating experience;
the soul attains complete ascension only through realization of its
oneness with the Creator Himself. Nevertheless, soul progress begins
with the effort to disengage from the delusion of material bondage into
the higher awareness of one’s finer astral existence. Learn to be more
transcendent now; identify with the life of your astral self and its
connection with the astral world.

How to get to that higher plane? In thought you are always
there; but because you are so identified with the physical perceptions
of your thoughts, the underlying astral world that powers those thoughts
and perceptions is not as real to you. Your soul sojourns there every
night when you are asleep, only you are not conscious of it. For just a
little while during wakefulness the soul is in the material environment.
The rest of the time it is in the astral. Whenever you are using the
subconscious mind—dreaming or employing its creative power of visions
and visualization—you are to some degree in the astral world. So it
isn’t that you do not get there. You are always there, unknowingly
linked with the astral source from which the life and intelligence and
sensory powers of your physical body are constantly flowing. You are
working from that astral plane. Even though you think you are a material
being dependent on the material world, you are not. You should learn to
get acquainted with your real base of operations.

Suppose you have two houses—one in the slums where there is
constantly turmoil and fighting going on, and another in the beautiful
section of town where there is order and harmony. When you go to your
better home, you find peace and contentment. That is what I urge you:
Live in the consciousness of your finer astral body rather than
“slum-ming” in the physical. 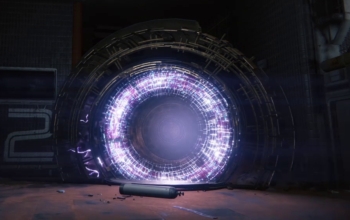 Portal to the Astral World: Meditation

As long as you enslave yourself to the demands and desires of
the physical body, so long you are in for trouble— much trouble! Why are
you so attached to the body? Only because you have chosen to be.
Meditation is nothing magical; it is the natural process of doing away
with attachment to the flesh and transferring your consciousness to the
spiritual side of your nature. We meditate not only for the peace and
joy and happiness it brings, but also to free ourselves from the
limitations of material existence.

The body is a remarkable machine; normally it keeps on running
for decades. Yet it is still a nest of troubles. Heat and cold, disease
and weakness and pain, are always assailing it. The doctor, like the
mechanic who repairs automobiles, can often repair the body. But the
real control of the physical body is in the astral world. With many
chronic diseases no doctor knows what to do to effect a cure, because
any trouble of karmic origin deeply imprinted in the astral body cannot
be healed by purely physical means. The cure lies in employing the
proper flow of subtle life energy and consciousness from the astral body
and astral plane. Just as when the lights in your house go out, you
have to check the wiring back to the dynamo. If there is something wrong
there, the whole electrical system of the house will be out of order.
So with chronic disorders of the physical body, you have to repair your
flawed connection with the astral-body dynamo of power.

When modern science will discover
how to go deep into the subtle electromagnetic constitution of man, it
will be able to correct most any medical condition in ways that would
seem almost miraculous today. In the future, healing will be effected
more and more by use of various types of light rays. Light is what we
are made of—not gross physical light, but the finer spiritualized light
of prana, intelligent life energy. That light is the real essence of
everything. This earth is not “earth” as you see it; it is light. But
you cannot perceive that until you know the underlying astral world.

The Law of Duality and Relativity – Maya

Everything in the material world is a copy of its counterpart
in the astral world; but the material manifestation is a gross one,
limited and distorted by the law of relativity. The principle of
duality or relativity is inherent in creation; shadow as well as light
is necessary to apprehend a universe of separate forms and creatures.
Relativity operates in the astral world too; but on that plane there
are no fixed limitations— everything is perceived as different
vibrations of light, naught else. In the material world delusion is
deeply embedded in that law of relativity, preventing the physical
consciousness from understanding things as they really are. You don’t
perceive things in their essence as light because the instrumentality of
your physical senses is too gross. You instead experience the relative
difference between solids, liquids, and gases as so radical that if you
leave the solid shore and try to walk across the liquid ocean, you
drown. In the astral world, even though you can cognize the shore as
solid and the ocean as liquid, there is no drowning in the astral
liquid. You differentiate the solids from the liquids only as varying vibrations of light, which do not clash with each other.
You can glide just as easily through “solid” light and ‘liquid” light.
Or you can walk on liquid light in your solid body of light, as Jesus
showed when he walked on the water. To him, both his body and the sea
were naught but relativities of astral light, which he could alter at
will by the power of mind. He demonstrated that a fully God-realized
master can control the astral light underlying material creation. That
is how he performed his miracles, such as healing the sick and raising
the dead, feeding multitudes with a few loaves and fishes, and
resurrecting his own body.

There is not one human experience you can think of for which
the astral world has not an exact duplicate. You can experience birth
and death and marriage and disease and everything that you see in the
physical world. Relativities of light can create sensations and
perceptions experienced as real. In the material world, because the law
of relativity is so heavily laden with delusive power, man is
constrained by those “realities.” In the astral world, everything is changeable at the command of the mind.

How important it is to live in that finer realm! I am all the
time there—even now as I am talking to you. Such happiness comes; there
are no words I can use to describe it to you. In this gross world, you
get tired of everything; even the most enjoyable things eventually
become tedious or boring. But in the astral world the creations of your
will are ever new. You will never tire of that world. If you want to be
young you can be so. If you want to appear as a man or as a woman or in
any form you wish, you can do so. You do not have to worry about money
for your needs; a mere command of your will provides whatever you want.
Wouldn’t it be wonderful to be able to do that here? This earth
is so limited; some persons have plenty while others starve. But in the
heavenly astral world there are no such inequities; every being has
according to his desire. If you want an opulent palace, it is
there for you. If you want snow or heat or light or rain, you can have
it just by the power of thought. With astral light the mind can create
anything. You are free from all limitations when you know the kingdom of
heaven, the kingdom of God, which is behind this world.