After the years of youth and early adulthood comes the time of middle age. Much of what can be said about Mature souls is what would be said about people in middle age. They are at the peak of their lives: beyond the folly of youth, yet before the decay of old age. Like people in the fifth and sixth decades of life, much of their experience is behind them. That is, they have subconscious access to depths of experience not present in younger souls. Consequently, their perceptions are fairly advanced. Rather than look forward and outward like younger souls, they look backward and inward. They constantly evaluate whether their life goals are being achieved, and what they would do differently if they could start again. They have a strong tendency to be introspective. This incessant self-evaluation can lead to psychological difficulties. Mature souls are in the “mid-life crisis”, so to speak, of the Maturation scale. Mature souls make a lot of adjustments along the way in their lives.

Mature souls seek to comprehend everything. There is very little that escapes their view or scrutiny. The place for Mature souls to seek this is in such places as libraries and colleges. Mature souls are great believers in education. They go to school for a different reason than Young souls. Whereas Young souls get educated to further their careers, most Mature souls seek knowledge for its own sake. They truly want to understand. It may not always be in a formal or institutional setting, since this can seem too structured and limiting (too Young-soulish) to them. They often pursue knowledge on their own, reading widely or taking night-school classes on whatever subject is of interest to them. This they often do rather than seeking a formal degree. The courses that Mature souls take are less likely to involve occupation, and more likely to be for personal improvement, than what you will see Young souls taking. Mature souls care more about what they are learning than about the grades they make in learning it.

Mature souls are in a searching mode all their lives. There is an itch to “find themselves” and “express themselves”. Personal fulfillment is their constant quest. This they never quite achieve to their own satisfaction. The problem is that Mature souls are complex — the most complex of the entire cycle. There is so much going on in their psyches which other people cannot fathom, and they themselves do not understand. The Mature soul age is the most challenging of the Ages. Mature souls are agitated, sensitive, and touchy. 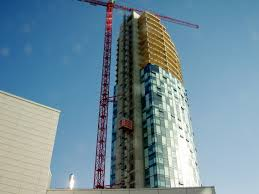 Because of their psychological sensitivity and complexity, Mature souls often exhibits a lot of confusion in their lives. For this reason they are often considered neurotic. What psychological garbage they have they keep churning their around in their heads. The Mature soul’s Monad’s (necessary experiential units) largely concern feelings. They are working through emotional blocks. They are the most likely of the ages to need and seek psychological counseling for their emotional difficulties. The majority of people who go to psychologists for counseling are Mature souls, and the majority of psychologists are themselves Mature souls — and they probably have a lot of psychological churning that they themselves are working through. Many psychological challenges come to the surface in the Mature soul Age which have to be dealt with on a conscious level. If it cannot be dealt with, the person may turn to alcoholism as an escape. This method of anesthesia is more prevalent in this Age than any other. Mature souls will not often let themselves do actual physical harm to other people, like younger souls might, so they turn their frustrations concerning others upon themselves.

Concepts and issues which younger souls would pass over as meaningless are very important to Mature souls. For instance, the Young soul is somewhat anti-psychological — he finds fulfillment in material things. He rarely questions his own motivations, or that of others. But the Mature soul looks for a larger meaning in life. He wants to understand the significance of everything, and the motivations for why people do things. More than a person of any other Age, the Mature soul cares — cares about the problems of the planet and wants to correct them, cares about other people and wants to help them, cares about his own well-being and wants to improve it. Mature souls are open to all experiences, and are prone to try pragmatic solutions to their difficulties, rather than using canned Establishment (Young soul) imperatives.

Since Mature souls are relatively evolved in their consciousness, their behavior is very ethical. They are working on the finer points of human relationships. They value the feelings and opinions of other people. It hurts them when others do not think well of them. While it is true they can be somewhat nonconformist and even a little bit rebellious in their natures, nevertheless Mature souls are not completely detached from a sense of social obligation.

Though relationships and knowledge and emotions are their primary concerns, Mature souls do work for a living, but it is not with the gusto of a Young soul. There is not the willingness to put everything into a career and rise to the top. When a Mature soul does become an employer, he tends to regard the well-being of the individual to be more important than the well-being of the company. He may have policies and programs within the company to foster the good of the employee, beyond the normal benefits.

There is a different type of awareness of the Mature soul compared to younger souls. The Mature soul is always interested in learning more. Knowledge is pursued by the Mature soul. Mature souls want to perceive themselves as informed individuals, and they revel in each newly acquired understanding. In the later Levels of the Mature Age, the person almost always seeks answers to the big questions of life in a way that few people in more primitive cycles do. This often means involvement in metaphysical endeavor, practice, or knowledge. By metaphysical is meant everything from psychology to religion to the psychic.

Like people with the Goal of Flow, Mature souls dislike disruption and disturbance of the natural rhythm of things. Like people in the Observation Mode, they are always on the lookout for information and knowledge. Like people with the Feature of Stubbornness, they regard themselves as bastions of solidarity that cannot be overthrown. Like Scholars, they value knowledge and information very highly. Like Pragmatists, they regard the world as a smoothly functioning machine. Like People in the Instinctive Center, they live by their impulses and whims.

Mature souls are psychologically attuned to other people enough that they empathetically experience other people as they experience themselves. This is not true of people in the younger Ages. As a result of this intuitive perception, Mature souls are touchy about who they deal with. They are easily upset by the “vibrations” of people that they are not in harmony with. If there are uncomfortable feelings with another, they will likely leave if they do not feel some obligation to stay. Mature souls need a sanctuary wherein to shield themselves in times of psychological stress. It might be a place that they withdraw to, or to the companionship and comfort of an intimate friend.

Mature souls are very relationship-oriented and they seek the camaraderie of like-minded companions. In contrast to Young souls who tend to regard their career as paramount, Mature souls often value their relationships as the most important thing in their lives. They build their lives around social contacts and friends who have similar interests. Family members, in the sense of blood relatives, which are very important to the three younger soul Ages, are not as important to Mature souls as good companions are. Mature souls seek mates not for status as Young souls often do, but for love. It is unusual for a person younger than Mature to experience true love for the mate. Mature souls want someone to whom they can relate meaningfully, rather than just someone to fulfill the stereotypical role of a mate ordained by Young-soul society. A good place for Mature souls to meet others for companionship or mating is in school or at the library. Second choice would be informal and loosely organized singles groups where they can get to know others as friends before they become lovers. The bar scene does not appeal to them. Mature souls want to mate for life.

Mature souls have a highly developed sense of humor and they laugh easily. The type of humor they prefer is “situation comedy” involving social relationships. They like to tease and joke with their friends. Their teasing is rarely hostile or denigrating like it can be with Young souls. The type of movies they prefer are the award-winners with depth, meaning, and originality, usually produced by Mature souls — not the shallow, action or adventure type produced by Young souls.

Mature souls are very much involved in the affairs of the world, but they have a great need for a quite refuge to which they can retreat in times of stress. They like to have a cabin in the woods or at the lake where they can take a vacation from the rat race. They do not seek material things or have a second home for status like a Young soul, but for an escape, a sanctuary. Mature souls seek less tangible things than material possessions.

In terms of religion, if the Mature soul is so inclined, he prefers the liberal churches rather than the mainstream churches. If he goes for organized religion at all, it is the undogmatic and quiet faiths such as Unitarianism and Unity. In their quest for truth, at the extreme, the Mature soul may experiment with more unorthodox and offbeat brands or New Age sects. Mature souls have a strong sense of morality and ethics, but it is of the situational ethics and moral relativism variety. This disgusts younger souls, particularly Juvenile souls.

In political philosophy, the Mature soul is liberal — “left-wing” — perhaps even to the point of being socialistic. The idealistic hippie era of the 1960’s was a Mature soul phenomenon. Often they lived in communes or shared homes. Mature souls are reluctant to fight in wars because they regard all of humankind as their brethren. For this reason they also tend to be pacifistic — and not in a militant way like a Young soul might be. Even though they love freedom, they usually prefer to submit to domination rather than fight for that freedom. A clear example of this is that in Russia today, the Mature souls who form the majority of the populace submit to the domineering Young souls who control the government.

Mature souls are the avant-garde of society. It is they who make the genuinely novel contributions to the advancement of culture. They are the inspired visionaries. Whatever field of endeavor you might name — whether scientific, religious, political, technological, artistic, philosophical, humanitarian, or economic — it is the Mature souls who are in the forefront, at the leading edge, on the frontiers. Mature souls often campaign for reforms in society. They form the core of the environmentalist movement, the antinuclear energy movement, the ban-the-bomb movement, and other such improve-the-world endeavors. They are beyond the Young soul in perception of the value of the spiritual aspects of life, but they are nevertheless entangled with the affairs of the world to such an extent that they think the planet is worth the trouble of making it a better place. Old souls, on the other hand, have pretty much given up on the world in a material sense, as we shall see next.

﻿
User Rating: Be the first one !
Tags
How old is your soul Your soul age 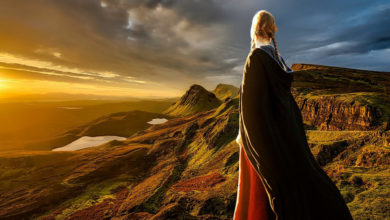 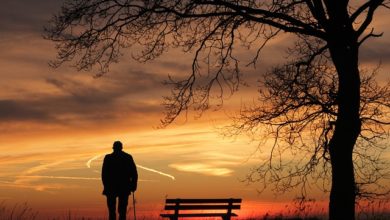 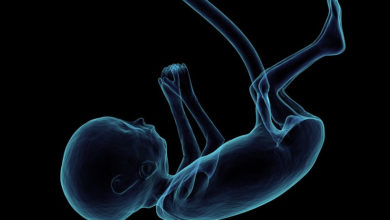